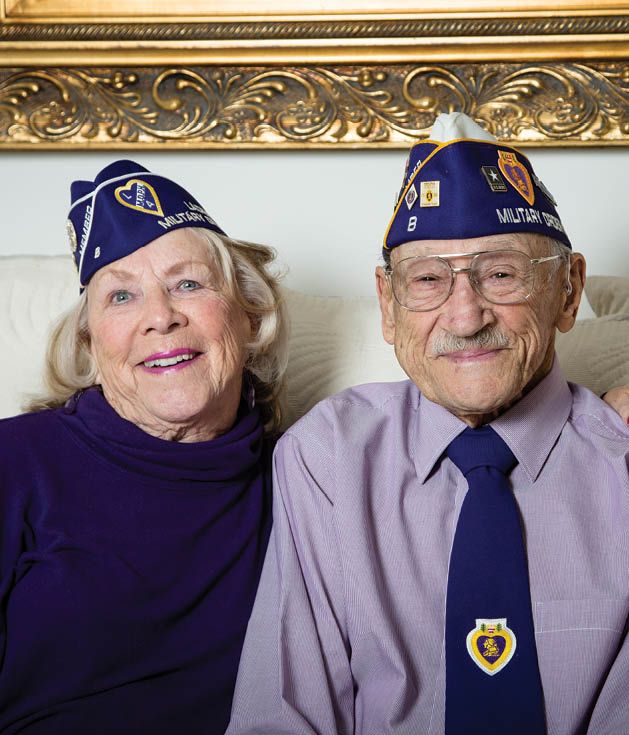 Joe Kovar was born in 1925 in Owatonna, Minnesota and raised in Anoka, where he graduated from high school in 1943. He was immediately drafted into the Army and took his basic training in Fort Benning Georgia. He was then sent to Boston University to become an Army engineer. With a large German offense going on in North Africa, the program was aborted and he was sent to join an infantry division in it's final training in South Carolina. When the D-Day invasion began the division was alerted to go overseas.

The division was shipped out in early July and hit the beachNorth of Cherboug about 10 days later where the beachhead had already been established. However, German resistance was met about 10 days later. From there, Joe's unit went through Paris and many other towns, including Nancy and Metz in France. Then the Battle of the Bulge, the Rhine River, and all the way across Germany into Czechoslovakia and Austria, where they met the Russian Army. During this time, the unit was in combat almost every day where huge losses were recorded in our ranks. We were in Patton's Third Army which took the brunt of the action. The Unit liberated several concentration camps and took thousands of prisoners.

Finally it ended and we were sent home, arriving in Virginia on New Year's Eve. Corporal Kovar was discharged from the Army on January 4, 1946.

His wife of 67 years, Agnes Kovar, or “Sis” as she’s known, says Kovar didn’t talk of his experiences until about 10 years ago. “When I met Joe, there was nothing ever mentioned about the war. He wanted to be happy and have the life he missed at that young age. He wanted to get married and have a family,” Sis says. The couple met at Oak Ridge Resort, owned by Sis’ father, where Kovar played saxophone in the band. Sis was attending school in Wisconsin and showed up one Sunday afternoon during rehearsal. “God had to maneuver us for us to get together,” Sis says. “I had been praying for a husband since I was little, and God brought him home to me.” They married in 1948 and have four children, 12 grandchildren, and 15 great-grandchildren.

Kovar believes there was a reason his life was spared. Since retiring, he has taken to public speaking as a way to share his experience with others, especially youth captivated by his stories.

“Joe spoke to an assembly of 500 kids, and no one moved, no one talked. They were glued to his message. They got a real history lesson,” Sis says. He donates speaking stipends to the Military Order of Purple Heart (MOPH), Chapter 8, the only military organization authorized by Congress, and Kovar also directly supports veterans’ homes in Hastings and Minneapolis by shopping for and hand delivering requested supplies.